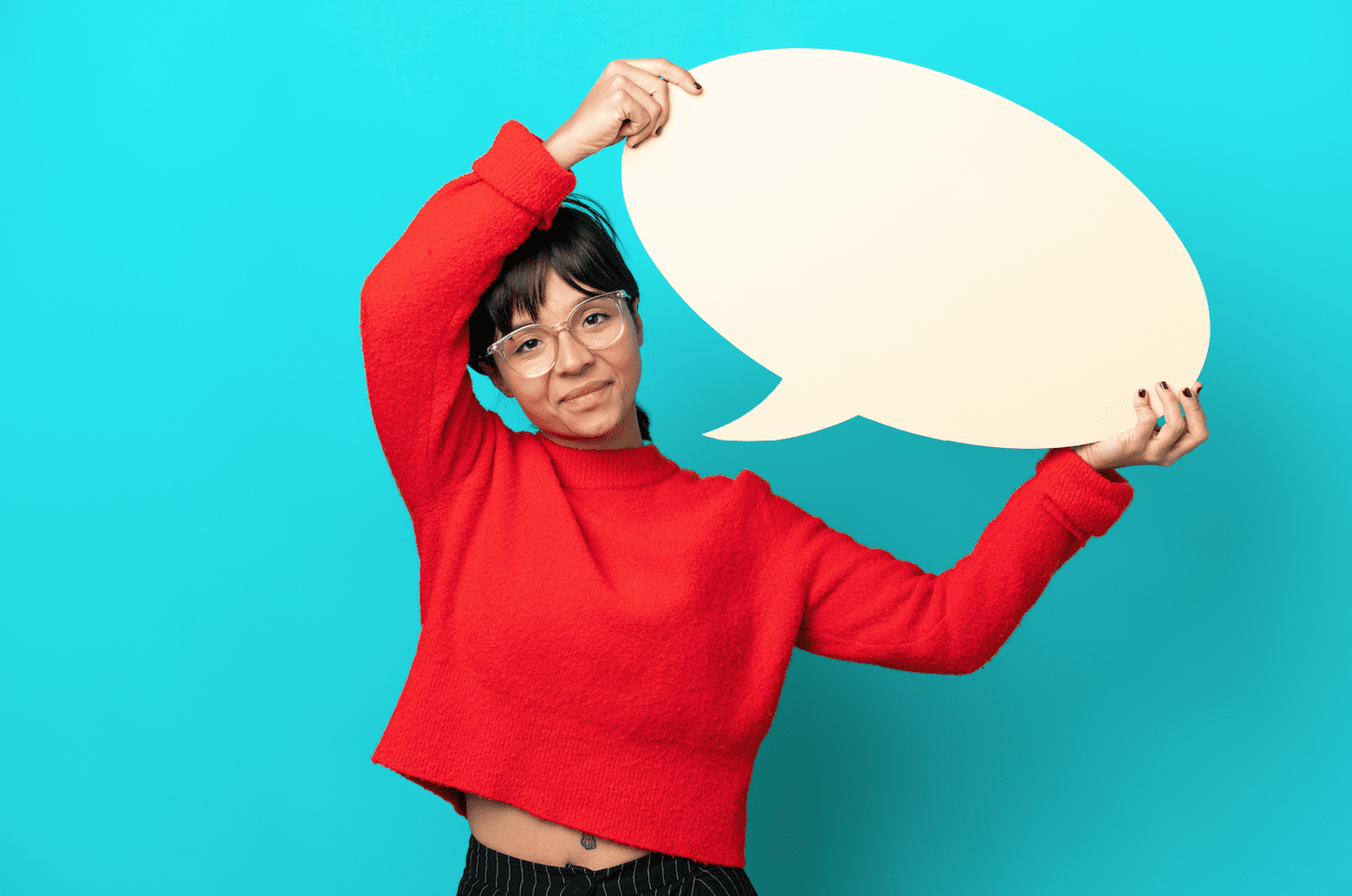 The conversation around mental health has improved so much in recent years, and there is a lot more compassion and understanding for the issues that some people suffer with. However, just because we’ve come a long way doesn’t mean we don’t still have further to go. There are a lot of phrases we use everyday that can reinforce stigmas or misinformation around mental health, and while they may seem like a harmless choice of words, they can be very trivializing to certain mental health conditions and the people who suffer from them.

Slips of the tongue happen to everyone, but if you want to work on being a bit more respectful of mental health difficulties, here are some phrases you can work on eliminating from your lexicon in casual conversation, and some alternate things to say instead.

There’s a pretty pervasive misunderstanding of obsessive compulsive disorder in our culture. The first thing that comes to mind when most people imagine it is someone who might be described as a germaphobe who’s constantly washing their hands, or else a very particular and tidy person who likes having their pens in a perfect line on the desk. However, that’s very different from the actual experience of OCD for many people.

Obsessive compulsive disorder is what happens when a person is consumed by an obsessive thought that brings them intense dread and emotional distress– worrying about your own safety or the safety of your loved ones is common– but when they complete a compulsive action, like flipping light switches or washing hands, they get temporary relief. Sometimes the thoughts and actions are correlated, like “I’ll get sick and die if I don’t wash my hands right now” but sometimes they don’t seem to make any sense, like “My mother will get in a car accident if I don’t lock and unlock my door three times before I go to bed.” It doesn’t really matter what the thought or the ritualistic behavior is, because at the end of the day, the obsession brings stress and anxiety and the compulsion provides short term relief, until the thought comes back, creating a vicious cycle that can disrupt the lives and emotional state of the person.

OCD is extremely debilitating, and using it as a shorthand to describe something you’re particular about only worsens the stigma around it, so if you’ve got a real thing about people using coasters on your coffee table, it’s perfectly fine to explain yourself with a simple “I’m a bit of a neat freak” or “I’m such a perfectionist.”  Saying that you’re OCD can be very trivializing to people with the condition, and there are more respectful phrases that you can easily use.

This thing is so bipolar.

We’ve all had those days where something is flip-flopping back and forth and can’t seem to make up its mind, whether it be stop-and-go traffic or the weather. However, describing it as bipolar is not the most respectful thing to people who do suffer from that disorder.

Bipolar disorder involves a person swinging between manic states and depressive states of mind, both of which are incredibly detrimental to their lives. When a person is depressed, they lose all joy in the things they used to love, have changes in their eating and sleeping habits, struggle with fatigue and concentration to the point of decreased performance in work or school, and may even have thoughts of suicide. Conversely, during manic states, a person experiences extreme emotional highs, which don’t always present as the hyper happiness you might be thinking. They can also be irritable and jumpy, and lack impulse control, leading to poor decision making like going on shopping sprees that they can’t afford or making risky sexual choices they wouldn’t otherwise make.

This disorder can lead to the very real destruction of a person’s life and relationships if they don’t get treatment for it, and probably isn’t the best word to use when the weather keeps switching between sun and rain all day. Describing things as unpredictable or temperamental is more accurate, as well as being more mindful of other people’s experiences.

Eating disorders are incredibly common, not only among young girls but also in grown women and in men as well. They can become completely all-consuming in a person’s mind, as well as being incredibly dangerous to their physical health, and can even become life threatening. Describing someone as “looking anorexic” gets thrown around as both a compliment and an insult, and in both contexts it’s very backhanded and harmful, whether the person being talked about suffers from an eating disorder or not.

Something that’s important to note is that one of the most damaging things you can do to someone with an eating disorder is to comment on their body. You might think you’re paying them a compliment, but the things you say can be easily taken out of context. “You look great, you’ve lost so much weight,” can easily enforce their eating disorder by confirming their idea that they will only be worthy if they can be a particular body size and shape. Something like “you’re so curvy” can be taken as a sly way to tell them to drop a few pounds, which also can enforce the lies that an eating disorder creates in their minds. And of course, intentionally making negative, hurtful comments about someone else’s appearance isn’t kind or okay under any circumstances, much less if that person is struggling with something like anorexia or bulimia.

The best path here? Don’t make comments about someone’s weight at all! If you want to tell someone that they look wonderful, a simple “You look great today” will do the trick just fine without bringing their body into the mix, as will complimenting their outfit, hair, or even just how happy they look! There’s plenty of great ways to boost someone’s confidence about their looks without feeding into a mental disorder they might be struggling with.

All of these phrases are easy to switch out for something a lot more considerate and respectful, so try giving these new phrases a try! It might feel like a small change, but it could make a big difference to the people in your life, and to people everywhere who are struggling with their mental health.